Not much has happened since last entry. Picked up some new scars (A few minor scalds from hot bacon fat while cooking my wife breakfast), turned 40 (As did Iron Maiden’s first album!), had a wonderful little backyard birthday party with just my household, and felt loved and cared for. Work has been nothing less than flat out, as given that we supply jigsaw puzzles among other things, we think we’re an essential industry. Thanks ScoMo. *sigh*

Things… aren’t good brain wise. I spent a lot of the long weekend asleep, or trying to sleep, and while there’s an element of recovering from the working week, it ain’t all that. It’s not that I feel bleaker than normal, more running on fumes. An early morning not quite anxiety attack today didn’t help either. Well, less attack and more I was an idiot and took a quick look at the news after peeing. Someday I’ll stop myself from doing that, but not today. I’m also kicking myself slightly for not getting up and writing down what was in my head at the time, as I’m all but certain it was more gripping than this. At least it felt that way, but the line between crushing boredom and high drama is very thin around 4:15am. 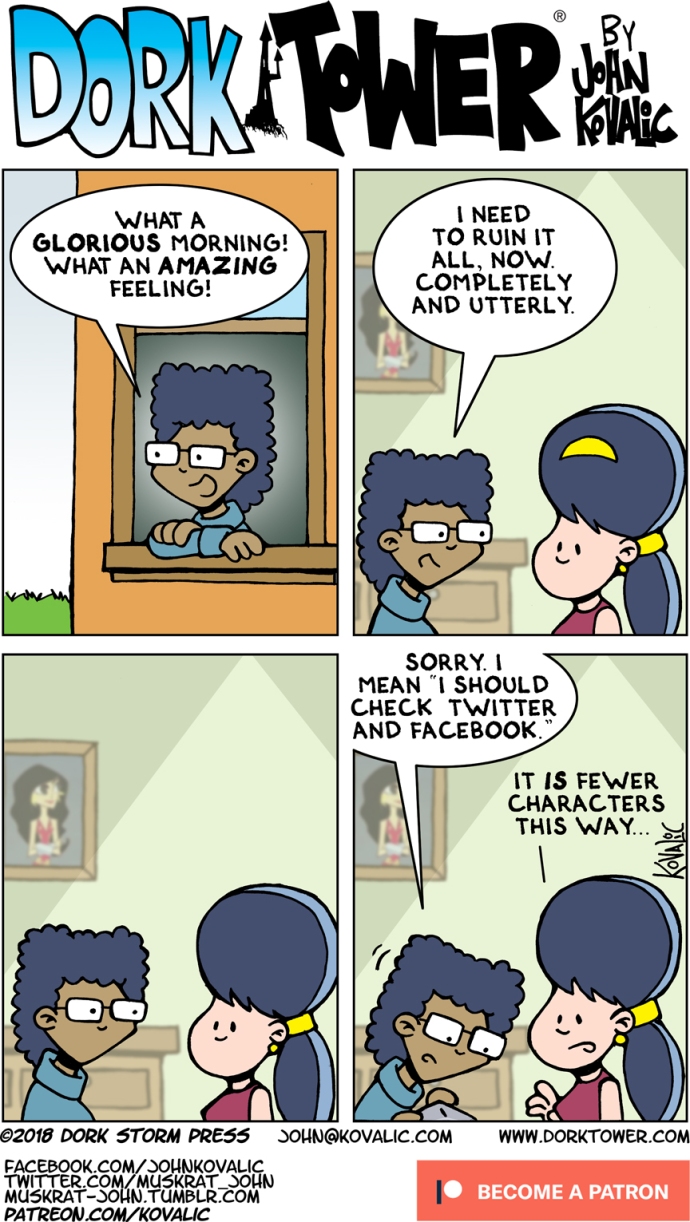 How am I coping with conditions at the moment? I don’t know. I’m the only one in my house going outside on a regular basis, so little has changed for me. Sure, I’m trying to avoid people, not make trips I don’t need to and wash my hands more, I’m not ignoring things.  Sure, the trains have been great, the term ‘Reverse Olympics’ comes to mind (Kids, ask your parents), but that’s not exactly something I should be cheering about. As for at home, I’m as introverted as my wife is extroverted, so I’m OK seeking less attention and would be happy for a lock down (Well, for a short time), while she’s climbing up the walls with the limited contact with people she’s having. Alas, the other 3 of us in the house aren’t enough. We’re doing what we can in the meantime, and hopefully cabin fever can be kept at bay.

I’m kinda looking forward to booking a hotel room when this is done and having sometime to myself. At least, I like the idea of that. As with many of my ideas, I’m not sure if I should actually go through with it, but I’m certainly thinking about it. I should use it to write my Pheno freeform, but that’s suffering writers block. It’s time to break out the B5 20th Anniversary Blu-rays and soak them in, that should help kick start something. Assuming I don’t start crying when I realize just how many of the cast have died. Or maybe I’ll just wear a cloak when I take the bins out. It’s been too long since we’ve reminded the street we’re nerds, and that should change. In other rubbish news, the very friendly cat up the street’s humans are leaving soon and I’m really going to miss her.

There are bright spots though. Whilst the attempt to run one of my old games didn’t work, one of my players volunteered to run the scenario  from the back of the new Alien RPG. Good fun was had, and I spent a lot of it desperately trying not to metagame. And yes, I would up dead. Switching universes, a friend of mine was looking for lines to practice her calligraphy on, and I decided to ask for an excerpt from possibly my favorite Babylon 5 exchange. It turned out better than I could have hoped for. It’s a piece I turn to frequently for solace in times such as these. The artist in question can be found here, and I cannot recommend her work highly enough.

And I can’t end without talking about another part of my childhood passing, with the death of Tim Brooke-Taylor. The Goodies was a massively important part of my childhood, and helped shape, I like to think, a good part of my sense of humour. The out-poring of love for him I saw was heartwarming, as owing to the repeats in the 80’s there’s a massive chunk of my generation that you only have to hint at a giant kitten or a black pudding to reduce them to floods of laughter and wonderful memories. Heck, that episode killed a man from laughter. Getting to see them live was a highlight and I’m gutted I didn’t get a chance to tell him how much his work meant to me.

I know I’m of the age where the icons of my childhood are set to pass (I know I’m going to be inconsolable for at least a week when Tom Baker goes), and they’ve been doing so on a regular basis for the last 20 years or so, but knowing that Coronavirus took him, and not natural causes hurts that bit more. I’ve been very lucky that this is the first time that corona has affected me in any way, and I’m still hoping that it will remain so. My heart goes out to all affected, and I hope that things will improve swiftly. I don’t know what the future holds, but it’s my hope that the spirit of kindness that’s been blossoming continues on. Hopelessly idealistic I know, but some days I can’t help myself.