A: have it tailored specially for that purpose or B: wear pants a size or 2 too big. It isn’t a perfect solution, but it worked well enough for me. Yesterday saw the latest Zedtown, a zombie apocalypse Nerf war, with over 2200 people making their way to Sydney Olympic Park to play a giant game of tag. 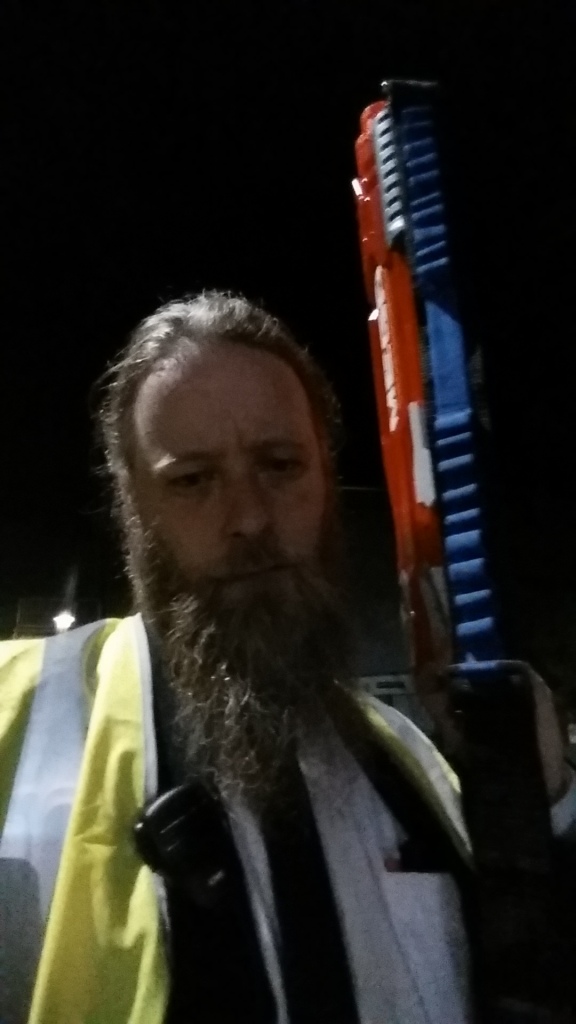 The author, looking as blurry and tired as he felt. Also, his selfies are shithouse.

It’s my 6th (I think) event modding (I’ve also played 2) and by far the biggest we’ve seen. Highlights include: players first sight/hearing of The Witch (Yes, she deserves capital letters), seeing the survivors of the fall of Blue Base desperately trying to escape (Spoiler: they didn’t), the Doof Zombie getting players to do the Thriller dance (Which I just missed getting on video), players fleeing in horror and terror from a zombie T-Rex and the sheer joy of responding to players queries with “That information is on a need to know basis citizen, and you don’t need to know.” Also, having someone finally ask “Please can I have a fuel container?” IT TOOK 4 GAMES FOR SOMEONE TO SAY PLEASE WE WERE SO HAPPY. And yes, that player got the fuel. Politeness goes a long way citizens. 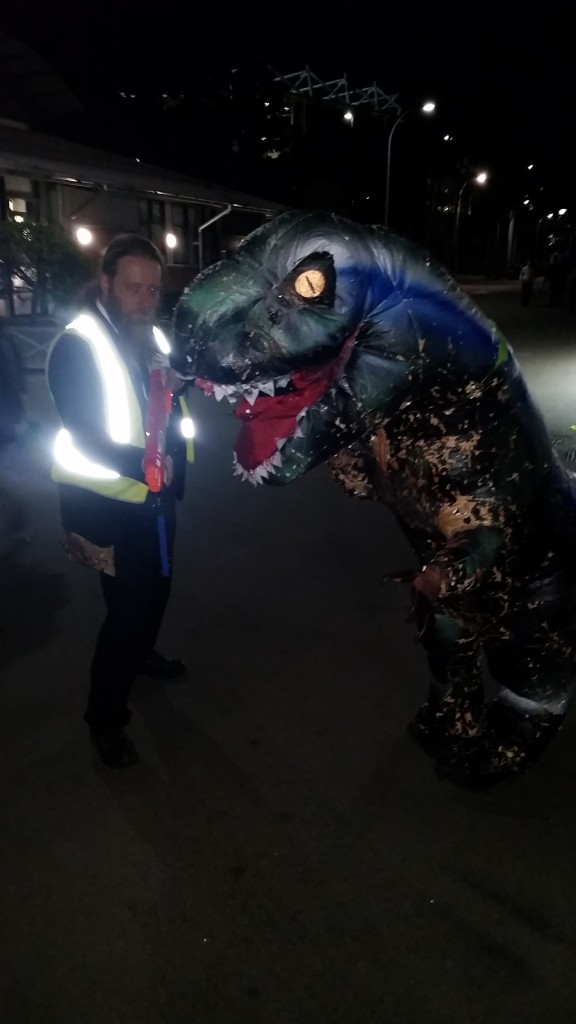 It never fails to amuse me seeing how quickly people go from ‘It’s all a fun game’ to ‘This is life or death’ mode, and for a lot of them that’s when the zombies are first released. It’s hilarious when people try to stand and fight at that point. We aren’t trying to kill you that early, though there have been people who’ve purposely gotten bit early to spend more time as a zombie. (Tagging humans earns you upgrades, including tentacles or speeding up respawn times.) Our job as marshalls is to make sure people obey the rules and are having fun, and that’s something we take seriously. We (I) don’t call it the ‘Hi-Vis of Authority’ for nothing! 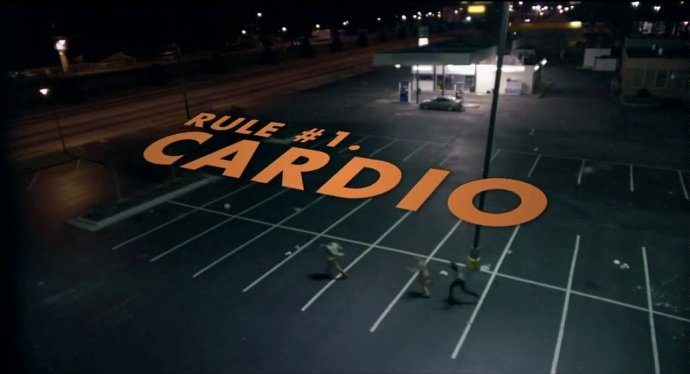 My top tips for future Zedtowns:
1: Comfortable shoes. This cannot be stressed enough – you’ll be doing a lot of walking and running.
2: Food and water. Carrying some is sensible (Muesli bars and a water bladder backpack’s a good option), but if you can’t then stake out sources of both ASAP. That also goes for toilets – if you urgently need to go and the nearest toilet is near zombie territory, well, you’ve only yourself to blame.
3: Weapons. Opinions divided on this. I’ve seen people last almost to end of game with nothing more than a backpack full of socks (Clean and rolled up as per the rules mind you, not weighed down with spare change) while others turn up with enough foam darts to supply a small war. That massive automatic rifle will blast many a zombie, but when it runs dry, you’d better be prepared to run. No matter what blasters you carry, practise with them – reload on the run, use washing on the line as target practise, make sure you can clear jams at speed and carry a backup within easy reach. Also, within about a half hour into game there’ll likely be enough darts on the ground to scavenge, so blasters that can be front loaded are a useful backup.
4: Exercise. Rule #1 of the zombie apocalypse is cardio after all. The more Zedtown’s I’ve done the more steps I’ve done, which for someone as grey and over the hill as I am is a good thing. Endurance and reflexes are equally useful – being able to run and dodge will put you in good stead. No matter your firepower, at some point in game there’ll be more zombies than you can shoot. I guarantee it.
5: Costume. The vast majority of players turn up in street clothes, but I’ve seen the likes of aerobics instructors, the Mystery Machine Crew, the aforementioned T-Rex, Mario and Luigi, Jayne Cobb and various militaries. Though we might have to make the dress code clearer thanks to the guy in the day game who was wearing shoes, an afro, puffy jacket and underpants… He wasn’t being creepy about it (That I saw), but we shouldn’t have to state that pants aren’t optional. 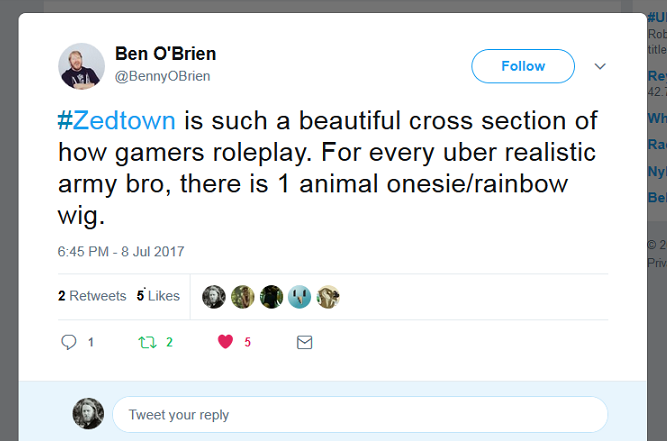 6: Interaction. You only get as much out of the game as you put in, so get out there. Take on missions, form squads with strangers, talk to NPCs and the Mods and above all, enjoy yourself.
7: Don’t mind death. That’s not to say you shouldn’t fear it, but embrace it – very few survive and being a zombie is a big part of the game. (See one of the Warlords in Melbourne ripping through her own faction after she became a zombie) If you’re tagged, don’t grumble – congratulate your slayer (I’ve seen several disputed tags decided with games of rock paper scissors, an approach I heartily encourage), get to Zombie Hub and get back out and hunt some humans!
8: Read the rules. They’re very simple and won’t take you long. This results in you having a better game and us not having to remind you to not bring modded blasters or wear full face masks. We’d appreciate that.

As for future events, GIVE US SOME TIME TO RECOVER FROM THIS ONE WE’RE ONLY HUMAN YOU OVERLY ENTHUSIASTIC MONSTERS. Ahem. Thank you for your enthusiam, and please watch this space citizen. 🙂