This is mostly reconstructed from thoughts I was having last night while I was trying to sleep, so it’s likely to be a bit rusty. Hopefully it’s also less inflammatory than I can get at that time of night. Anyhow, in amidst all the trying not to cough up a lung I’m doing at the moment, I have more thoughts on LARP. My main larp, Clans of Elgardt, is currenly on hiatus and I recently went to my first Scy’Kadia event which while I had issues with it, I enjoyed and plan to go back to. I’m leaving off a write up of it till I can get another couple of sessions under my belt.

(If you were expecting me to talk about something else, well I’m sorry. All I’m doing at the moment, apart from coughing and job hunting, is trying not to freak the fuck out over the American election, so I’m afraid you’re going to have to deal with it. )

So, there’s a bunch of fantasy LARP’s around my neck of the woods, along with a smattering of sci/fi and steampunk. As we’ve discussed, I’m in the early stages of writing a post apocalypse game and am helping write another couple of games. I wouldn’t say there’s a glut of fantasy events, but the do seem to be in the majority. So, while I’ve said I’d prefer to be part of something different, as try as I might, I keep coming back to one: Hyborian Tales. 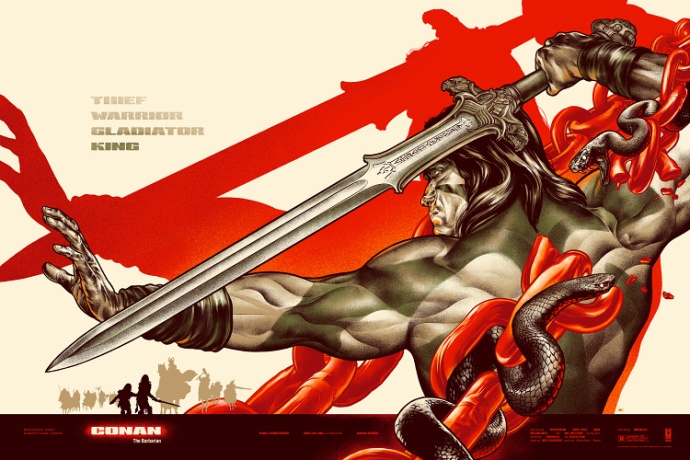 It was a UK LARP set in the world of Robert E Howard’s Conan tales, a long time love of mine, filled with muscles, bloody combat and dialogue so testosterone fueled that just holding a copy of the stories can put hair on your chest. It’s classic pulp fiction, mostly published in Weird Tales magazine, though the racial elements of a lot of it are hard to ignore. You have to remember Howard was writing in early 1930’s Texas and while slightly enlightened for his time (In his letters he called out HP Lovecraft for his rasicm), there’s some stories I have real trouble getting through. Black Canaan, I’m looking in your direction. Moving on…

Sure, the fitness based parts of the game (Hiking up and down mountains, masses of combat and none of that simulated armour) meant I’d almost certainly collapse half way through, but it would have been worth it. The game itself only ran 3 weekend events, consisting of 3 adventures (Play 1, crew 2) and a communal tavern night. What do I like so much about it? Well, there’s the immersion of the world, a kitchen sink setting of various historical awesomeness (Vikings, frontiersmen, Mongols etc), the sense of ‘you’ve a sword, a few coins and maybe some rusty armour – now go forth and chase your destiny’, something different to the ludicrously over equipped characters you see in other games and, last but not least, the sheer joy of dressing up and running around with a foam sword. What really sucked me in though, was the atmosphere. 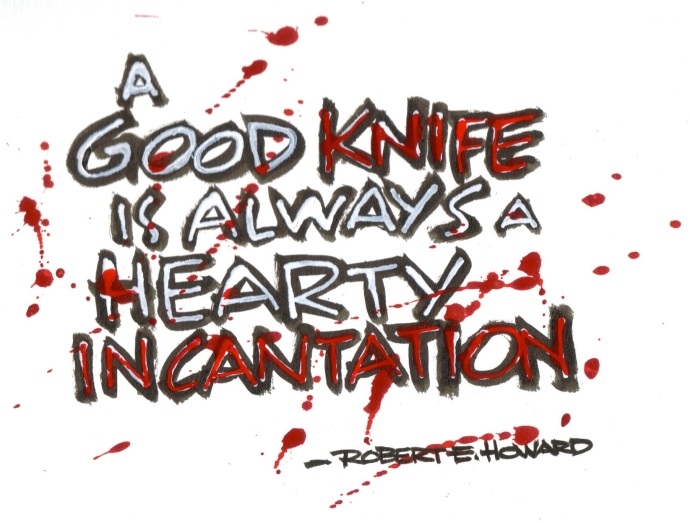 It was purposely designed for sword and sorcery style gaming, with the rules encouraging combat that looked like  an 80’s fantasy movie, with none of that *tap*tap*tap* nonsense. (That might be another reason I loved the idea so much, as I have real trouble stopping myself from Flynning when I’ve a sword in my hand – it’s why I think I’ll be a better archer than swordsman.) Get horribly mangled? Have a drink and catch your breath and you’ll be back in the fight soon enough. NPC’s were briefed to hurl themelves at the enemy screaming their defiance, followed by hurling themselves on their blades. It’s a game whose construction was seemingly built on a foundation of shouting and thews, which basically makes it the LARP equivalent of BRIAN BLESSED. 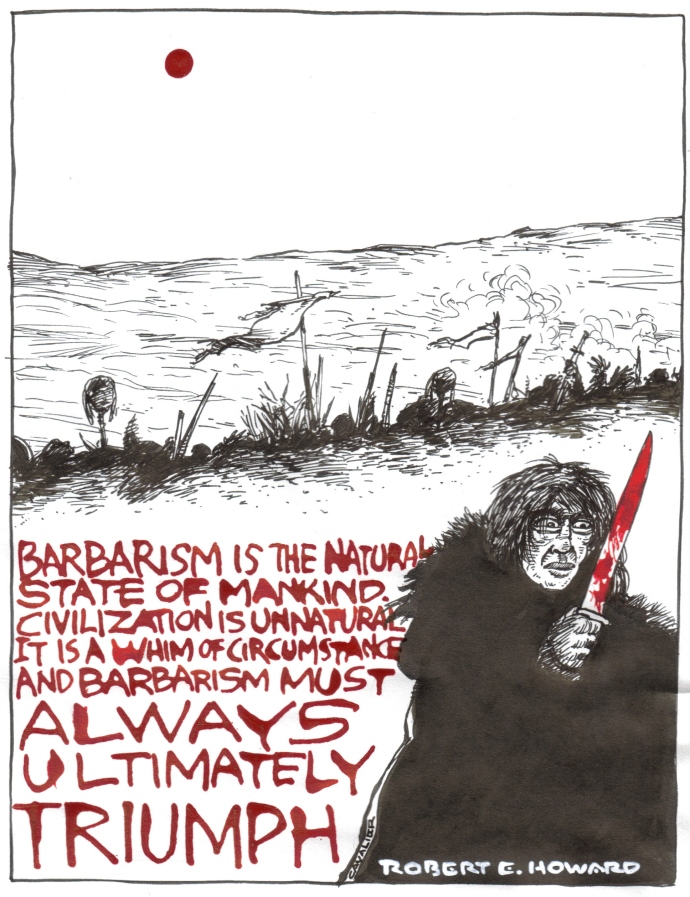 What does all this mean? Well, I still have copies of the rules and I’m guessing this means I should put my money where my mouth is and run it. Sure, I’m trying to get several other projects up and running, but what’s yet another fire in the iron? I love the play and crew aspect of how the adventures were run as crewing seems to be looked down upon here. Not seriously, but there’s seems to be a fair few games seem to have few, if any of them. Granted, most games here aren’t large enough to require a constant supply of NPC’s but crewing is stupid amounts of fun. You get to seed plot, lie outrageously, try to kill PC’s and help guide the story – what’s not fun about that? 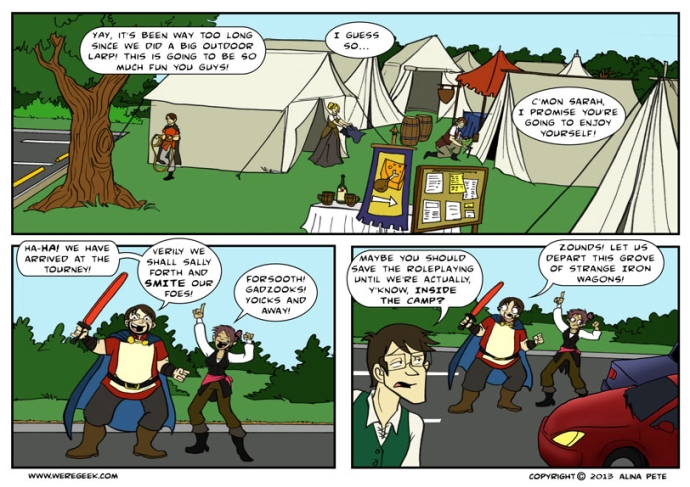 Getting back to the topic, and what I think I was meaning to talk about, was the style of game and how to communicate that. I’ve played some where the style of the game was clear and players understood it, and others less so. I feel slightly arrogant in saying it, but I think I’ve hit that point with my table tops and it’s a good feeling. Actually no, I do have a proper point. If you’re going to run a fantasy game, then tell me how it’s different from the other ones out there? What is in your world and system that sets you aside from the rest? What’s the hook? There’s already plenty of would-be Tolkein’s out there, so maybe try for something different? You know, Orcs that aren’t savages,  Elves and Dwarves that don’t hate each other etc? I get that the classics can be comforting (My games are powered by cliches after all), and an easy way to explain things, but at some point don’t you want to break away from that?