So, I recently posted a number of game ideas and (foolishly) said that I’d have one done by the end of the year. It’s a bit of deadline and motivational tool rolled into one. True, I’m also involved with writing a con game for Sydcon, helping crew the upcoming Zedtown and plotting another couple of Nerf based events, but what’s another project?

Firstly, I’m going to need help. If there’s anyone interested in helping whatever form, please drop me a comment.

The next issue is what to run entirely. (I’m trying to stick to more practical ideas here, as opposed to my dream of a live game where Manowar and Iron Maiden album covers fight.) Is this a one off, will it be the start of a campaign, or a one-shot. I’m looking at it to be a backdoor pilot – one event and if it goes well there’ll be more. That was among many, many questions my beloved and far better organised wife put to me when I recently announced the idea.

So, what to run? I’m leaning any from fantasy, as the local LARP scene is dominted by that genre, though not completely as Malifaux and Warhammer 40,000 based games are running. Running something in another genre would mean I’m not stepping on their toes, at least not until we try to schedule the thing. Modern era means less worry about costuming as well. On the other hand, I’ve a couple of Conan ideas I’d love to run at some point (The shipwrecked pirates and tavern of scum games) – the tavern one seems the easier option to get going, as I’d want to get few games under the belt before attempting something on the scale of Hyborian Tales. Running Hrothgar’s Hall (A small 8-12 player game based on Beowulf) is a possibility (Maybe even at an upcoming con, once the live combat is stripped out) and one of my housemates just volunteered to help me write something post apocalyptic. I’m keen on that – I did start writing a post magical apocalypse game a few months ago, but felt I was just re-writing Dark Sun and dropped it.

Anyhow, the game currently fixed in the brain might be loosely inspired by a recently released film…

One group of  PC’s are paranormal investigators, the newest franchisee’s of Ghostbusters International. Other PC’s are reps from head office, journalists, regular investigators, people keen on debunking them, fans etc. (Along with some randomly determined cultists.) That other idea was it’s the inagural Paranormicon, the convention for paranormal investigators and monster hunters. (For those saying it’s a crossover too far, the Ghostbusters have interacted with the Mythos before.) I’m more inclined to make people generate their own characters rather than using the canon ones in more than a cameo. That’s mostly due to wanting to do them right/well, which is mainly the reason I’ve not run anything with Grand Admiral Thrawn or in the Babylon 5 setting. I did play in a B5 game *cough* years ago that was basically the ep And Now For a Word, so it can be done, but my love of that show means I’d want to something worthy of how I feel about it, and I’m really not that confident. It would give me a chance to do my Mollari impression though… 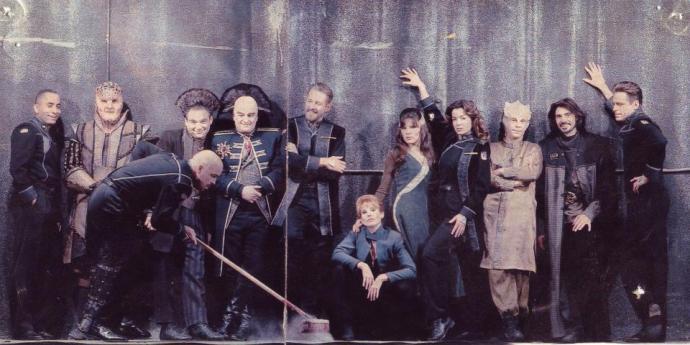 Tracking back somewhat, Beloved and Talented Wife suggested a horror game, which I’m not opposed to. Granted, it’s not my areas of expertise, as my tabletop events tend to be high action B-movies, but I can see the appeal and am reasonably certain I can make it work within my skill set. So, a group of investigators arrive at a location, and horrible things happen. Soon after, the second group arrives, only to find the remains/cowering in fear remnants of the first group etc. Shenanigans, bloodshed and a desperate fight to survive ensues.

Having attented a friends wedding at Mt Kiera Scout Camp last year, I might have spent most of my time there thinking about how great a venue it would be. Yes, it’s a long ways to get to (So you’d want to stage an overnighter at minimum) Sure, you couldn’t stage a monster attack along the long winding trail to the ampitheatre, but you could certainly set the scene. As for the ampitheatre, it’s somewhat wrong of me that my first thought was how fantastic it would be for a ceremony to summon Cthulhu. There’s a spot closer to the campground itself that looked fantastic for a dark ceremony and had enough room to fight around. Also, there’s a pool and a firepit.:) About the only thing it lacks (As far as I know) is a waterfront space for Deep Ones to emerge from. 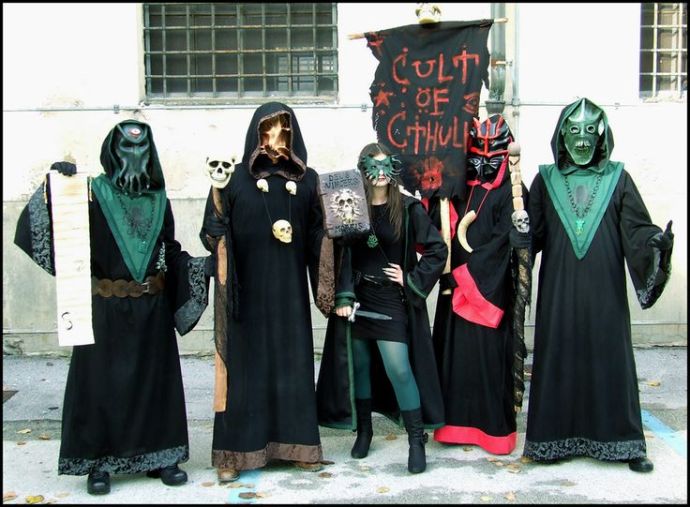 PROPS: Then is starts to get expensive. True, there’s a decent number of Ghostbusters toys out at the moment, but outfitting a squad still get’s expensive. Then there’s traps, PKE meters etc. Ideally (At least to me) you’d want something that fires a projectile or makes a noise to give the crew something to react to.

Moving on: the post apocalyptic idea. There’s several of those running in Oz, namely After the Fall in Victoria and The Dead Zone in WA, the Jugger Leagues running here and the webseries Scavengers of the Scarlet Wastes.My point is, there seems to be an audience for it. It allows for a variety of costuming, Nerf weapon based combat and scenery chewing, some of my favorite things. 🙂

I guess the first thing to think about is what sort of event – are the players the last vestiges of civilisation hanging on, is it neutral territory, or have they split into factions (Raiders, Preservers etc)? The Mad Max and Fallout series are a strong influence, naturally, but I’d like to try to put my own spin on it, though given my style that’ll be cheap jokes and terrible accents. I’ll have to think on that.