There’s been some surprising events in nerddom the last week or so, so I’m going to tell you all about it! You remember, the reason why I actually set this blog up. Surely you haven’t forgotten?

We start this week with something thought impossible – SyFy USA are apparently making space opera again! Yes, they’ve been promising that since the 2009 rebranding to SyFy (I still can’t type that without feeling unclean), but they’re giving it another go. The first show announced is the mini-series Ascension, about a murder on a colony ship that left Earth during the Cold War and which was described as ‘part Battlestar, part Downtown Abbey’, which is a description that made me want to vomit a little. They’ve also announced there’ll be less of their infamous B-movies and they want to make more mini-series, both things I support and which almost make’s up for them cancelling Being Human. Now, if they could only cut back on the ghost hunting shows…

Less of this will be lovely.

The Big Bang Theory has been renewed for three more seasons, which I’m sure will make some people happy. I am not one of those people. We have a good look at the new costume for the Arrow spin off The Flash and some on-set footage from the pilot. For those who missed it, John Wesley Shipp (Who played the Flash in the 1990’s series) will also be appearing in the show, though whether it’s a recurring role is as yet -unknown. The real question is whether you could get Mark Hamill to reprise his role as the Trickster…

We have a list of actors said to be in line for the main part in Star Wars Episode 7 and Dave Filoni released the last batch of concept art from The Clone Wars, whose cancellation continues to annoy me. Marvel have been having meetings with Lucasfilm, presumably about the having taking over the comics license while Ron Moore has said he lost arguments to George Lucas during the initial planning of the live action Star Wars series. If you’re going to lose an argument about Star Wars to some one, Lucas isn’t a bad person to lose to, unless that argument concerns Midichlorians or Gungans. 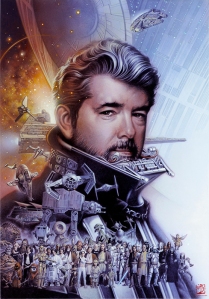 You know it does explain an awful lot…

Adrian Pasdar will be appearing on Agents of SHIELD, playing Glenn Talbot, who’s day job in the comics was trying to find the Hulk (And you thought you had bad days…) and the first picture from the Constantine series gives me hope. Really, just add a cigarette and you could have John Constantine. We also have a list of the people who could be directing Doctor Strange and some possible details on the Agent Carter series. The idea of short seasons with a self contained arc really appeals to me, but that could be the British television I grew up on.

There’s a list of candidates to play Victor Von Doom in the Fantastic Four reboot, which didn’t cause as much of a fuss as the casting of the Four themselves did. So, Johnny Storm’s being played by a black guy and a skinny Englishman is The Thing? Well, it can’t be as big a piece of miscasting as Jessica Alba as Sue Storm, so that’s something. And look on the bright side, it could cause another hilarious kerfuffle like when Idris Elba was cast as Heimdall in Thor. It’s probably a sign of something wrong with me, but I find racists screaming about how they’re being oppressed as beautiful a sound as a purring cat or the hum of a lightsaber. 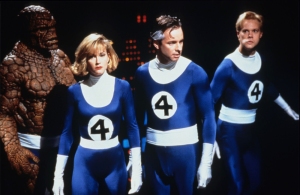 Or they could just release this one…

In further conservative wackiness, a pair of right wing radio hosts in the US have slammed Frozen, accusing it of pushing, and I quote, a homosexual agenda and a pro-bestiality message. Sure, they haven’t actually seen the film yet, but why let a little thing like that stop them?

Chris Evans will be seeing out his 6 film contract to play Captain America (While Sebastian Stan has a 9 film contract, only equalled by Samuel L Jackson), we’ve a new clip from The Winter Soldier and a look at the Falcon, played by Anthony Mackie. The Russo brothers will be directing Captain America 3, which was due to be released the same day as Batman vs Superman, which was subsequently moved up a week. Your move Marvel, your move…

A pair of new recurring characters have been announced for the next season of Doctor Who. Firstly, there’s the mysterious Ms Delphox, played by Keeley Hawes (Ashes to Ashes) and Danny Pink, who works at Coal Hill School where Clara teaches,  a school that long term Who nerds should recognise … (Is anyone taking bets on Ms Delphox being the Rani yet?) Meanwhile, 7th Doctor Sylvester McCoy has let slip that a certain character is set to return this year, which if the rumoured casting is true makes me very, very happy. 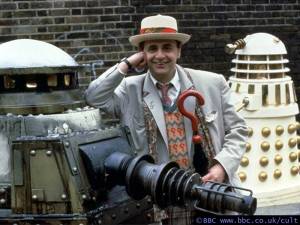 You can always judge a man by the quality of his enemies.

JK Simmons (Better known as J Jonah Jameson in the Tobey Maguire Spider-Man movies) has joined the cast of Terminator: Genesis and Something Wicked this Way Comes (Based off the Ray Bradbury story) is being remade. The wonderful people behind the Doctor Who podcast Splendid Chaps are working on a new audio series Night Terrace, about a house travelling through time and space, which will star Jackie Woodburn from Neighbours. The team have launched a Kickstarter and are, at the time of writing, almost halfway funded.

Helena Bonham Carter will be returning for the Alice in Wonderland sequel and Rooney Mara (The American version of Girl in the Dragon Tattoo) will be playing Tiger Liley in Pan, the prequel to Peter Pan that has Hugh Jackman as Blackbeard. Abruptly switching topics to the ‘things I really wish we didn’t need’ section, the folks at Oni Press have come up with a series of convention harassment penalty cards. Because, sadly, kicking people  in the junk is against convention rules.

We end this week with something mighty strange, yes even stranger than the Game of Thrones rap album. (Which, in it’s defence, is free) It’s a pair of cakes, which may not sound strange, but the first one is Dark Crystal themed and the second a cake version of the split face monster from John Carpenter’s The Thing.  If someone presented me with a cake like that, I wouldn’t be getting ready to cut it, I’d be too busy RUNNING SCREAMING LIKE ALL SENSIBLE PEOPLE.

Anakin Skywalker: I hitched a ride on a cargo freighter.

Padmé Amidala: What happened to your military transport?

Anakin Skywalker: Eh… it blew up.